Here I collected some information on weather models for the benefit of fellow sailors. I hope it may be of some interest to all lovers of the sea. The list is certainly not exhaustive and I am happy for all suggestions and ideas (Paolo) about expanding and improving this review of weather models.

It is wise and desirable to plan any navigation in function of the weather conditions that we expect to meet and to do so even before casting off.

Cruises are always prepared before the actual navigation and the success of each voyage and every holiday are dependent on the care dedicated to study weather and sea conditions that will be expected to meet. The choice of anchorages, landing ports, and destinations of every navigation all depend on weather conditions. We look for favorable winds for a comfortable, easy and fast navigation in order to throw anchor in a protected anchorage to be safe through the night without having to worry about the safety of our mooring. Weather, wind and sea are the decisive factors for the success of any navigation. Looking at the weather and understanding changes in the future is essential for all sailors who want safely navigate, by sail or motor.

In planning a cruise we car relay on a countless number of weather forecasts to which we easily have access when we are still on the ground. Among the information available there are valuable weather models, now accessible with a computer, a tablet or with a phone.

Fortunately for sailors and navigators weather models used to produce weather forecasts are becoming more accurate and reliable over time. Many of them are now accessible to the general public free of charge. With the improvement of technology and the ease of internet access even when sailing, it is possible for the average sailor to gather a number of weather resources and weather information as it was unthinkable only a decade ago. 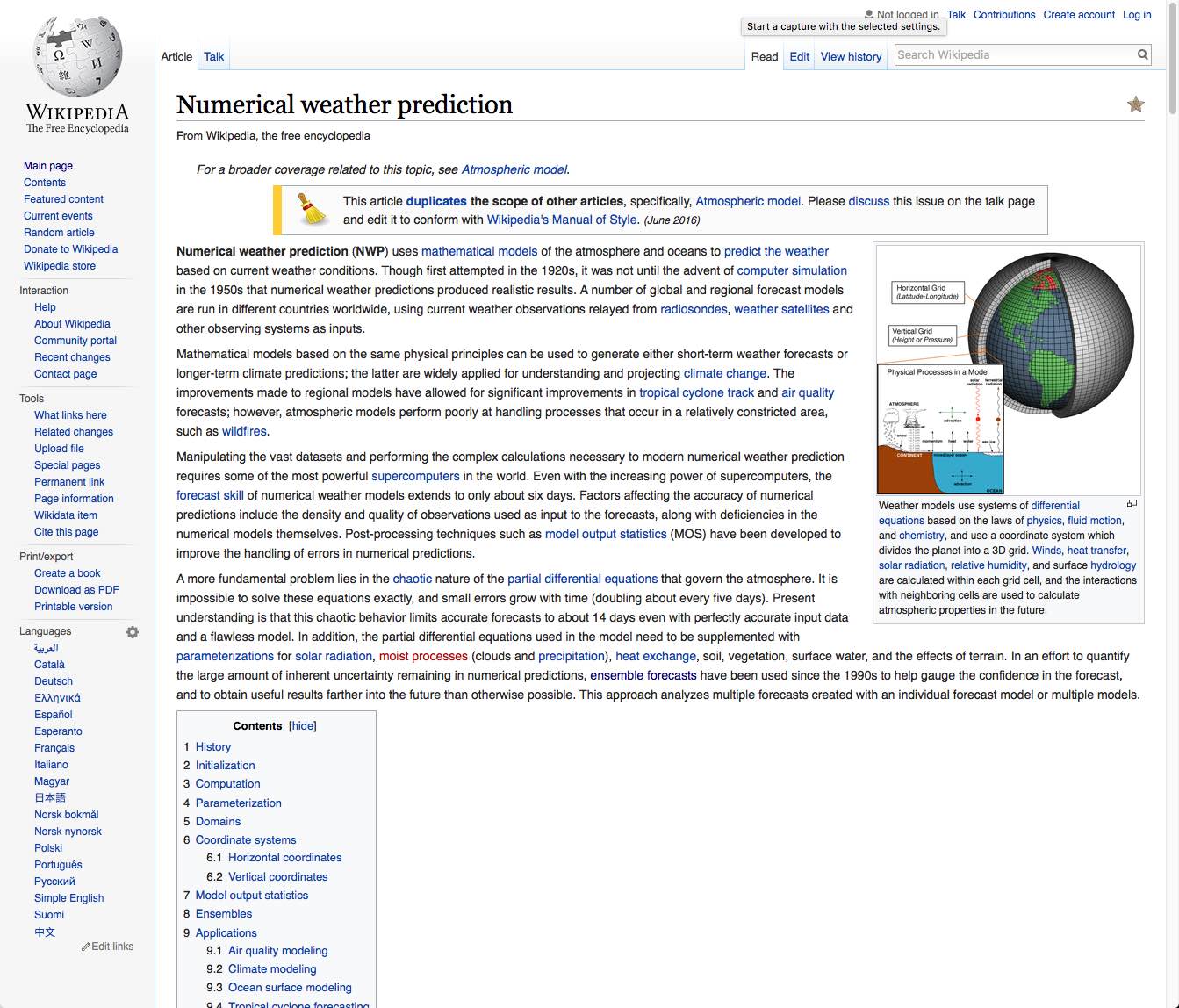 In the dissemination and transmission of data and weather information one of the most established standard is the GRIB (gridded binary) format that allows an Internet transmission of compressed file whose contents can be easily viewed on a computer, a tablet or a mobile phone.

GRIB files can contain a variety of meteorological parameters: pressure, wind, precipitation, waves and many more. These data are produced automatically from the different computers that process the various weather models. These files contains weather information that was not reviewed and vetted by professional meteorologists and hence they have to be used as a complement to the weather forecasts that are made available to mariners by the various institutions dealing with marine forecast for navigation. 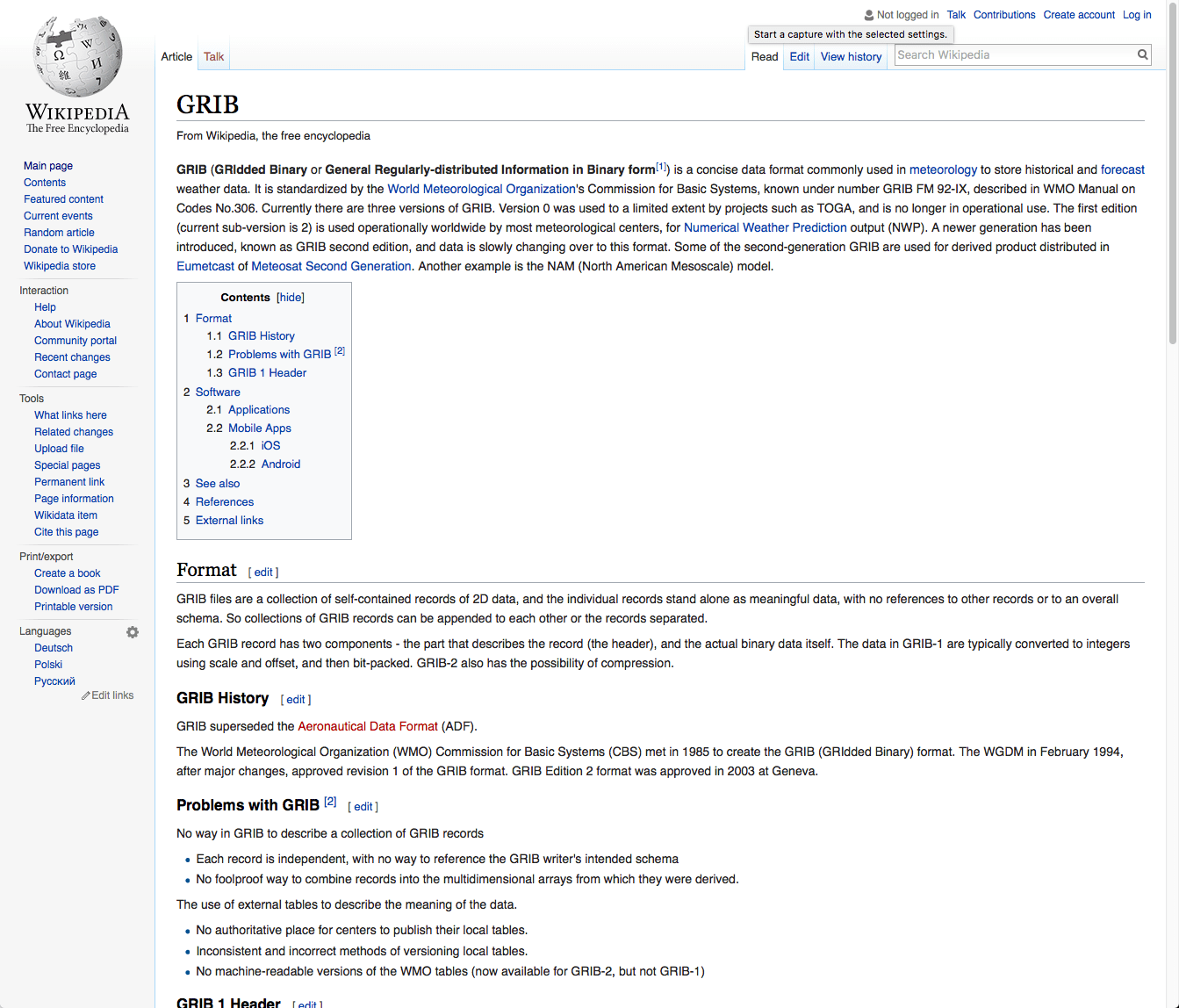 Here are some examples of what we can achieve thanks to today’s technologies: 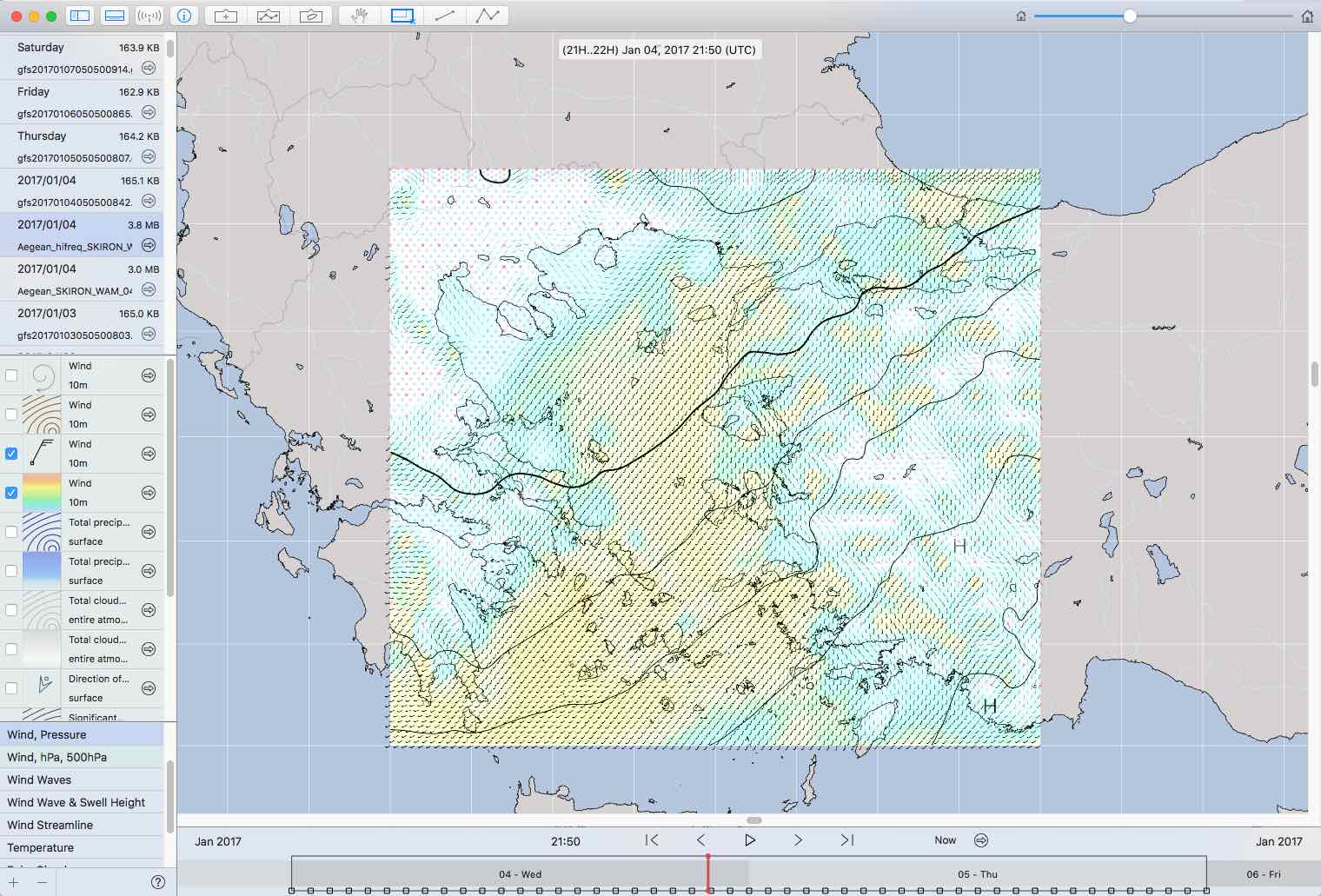 Many of the analyzes produced by the various weather models are now distributed in GRIB format and data access services range from free to paid service, with local or global coverage, high, medium and low resolution.

The software that display information in GRIB format offer the possibility to download data in a convenient way. Unfortunately, the data offered often refer to a limited number of models, often the only GFS. It is important to know that we can retrieve the information we care, often at no cost. In the following review of weather models links and references to every model will be provided. Who is willing to contribute with additional information is welcomed.

There are many weather models available, and none is more valuable than the others. They serve different purposes and each model evaluates differently a lot of different factors. low-resolution models are used to assess major variables involved on a large scale, but are ineffective for determining weather forecasts in coastal areas, or where the influence of geography and morphology of the land induces significant changes in the weather dynamics. Other models have a high resolution to capture the best local phenomena, but they have limited validity in the future. A comparison of different models is of great help and can be comforting when all of them converge to the same conclusions. Instead we should be very wary of the weather when models are providing conflicting data between them.

At this point, before describing the different weather models, I think it is important the reference to a parameter often provided by many of them: it is the Convective Available Potential Energy (CAPE), which measures the potential energy in the air. The values ​​of CAPE, in Joules per kilogram allow us to get an idea of ​​the potential for development of storm cells of a specific area. I mention if here because of its importance in navigation.

The following CAPE values provide an indication of the level of instability in an air mass:

Below weather models relevant and of interest for sailors are summarized, in alphabetical order. Some of these are also available in GRIB format and can then be downloaded with an internet or wireless connection.

Consortium sponsored by Météo-France with several countries of Central and Eastern Europe. The consortium managing ALADIN initiated in 2005 a partnership with the consortium in charge of HIRLAM (High Resolution Limited Area Model), another high-resolution model (up to 2 km) used in Europe. The goal of the two consortia is to arrive at an integrated management of the two models.

ASCAT does not refer to a weather model but is a satellite system for real-time analysis of the wind on seas of the globe. Instead of the classic wind forecasts, ASCAT provides us with the wind real values, as read by satellite, for all the world’s seas. The data is collected every hour and have global coverage. This information is also available in GRIB format. 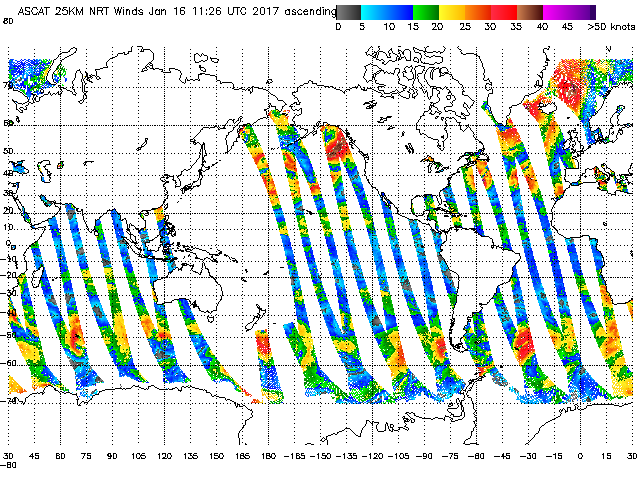 Forecasting model of Atlantic ocean currents maintained by the US National Weather Service. 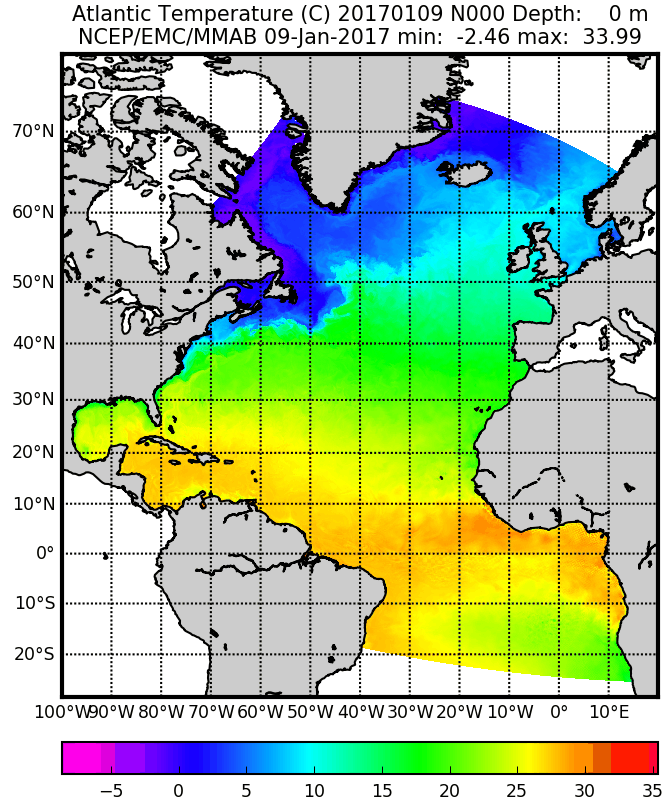 European global weather model. According to many more accurate than the American GFS model. Unfortunately, the data in GRIB format are not accessible to all, being a paid service. Many providers of paid weather information service base their analysis on this model.

This is the most known global weather model in use. Updated every six hours by the American meteorological service, with forecasts of up to sixteen days. However, after 4-5 days any model lose confidence and should be used as a general indication fo the future weather. GFS data are available in GRIB format.

Global weather model run by the US Navy. Equivalent to the GFS, useful to compare the validity of the models. 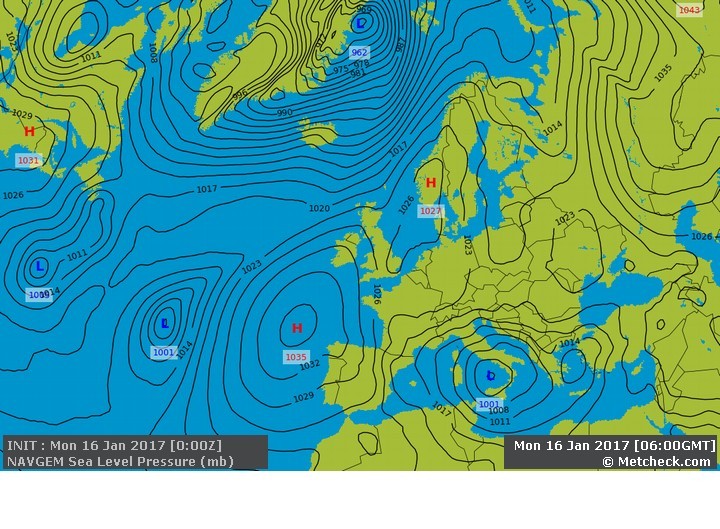 Information and data about NAVGEM

Regional weather model of the state of the atmosphere, produced by the American Weather Service. It takes into account the small-scale weather phenomena and therefore much more effective than other global models as the GFS. High resolution data but valid for a short period of time: 2/3 days. 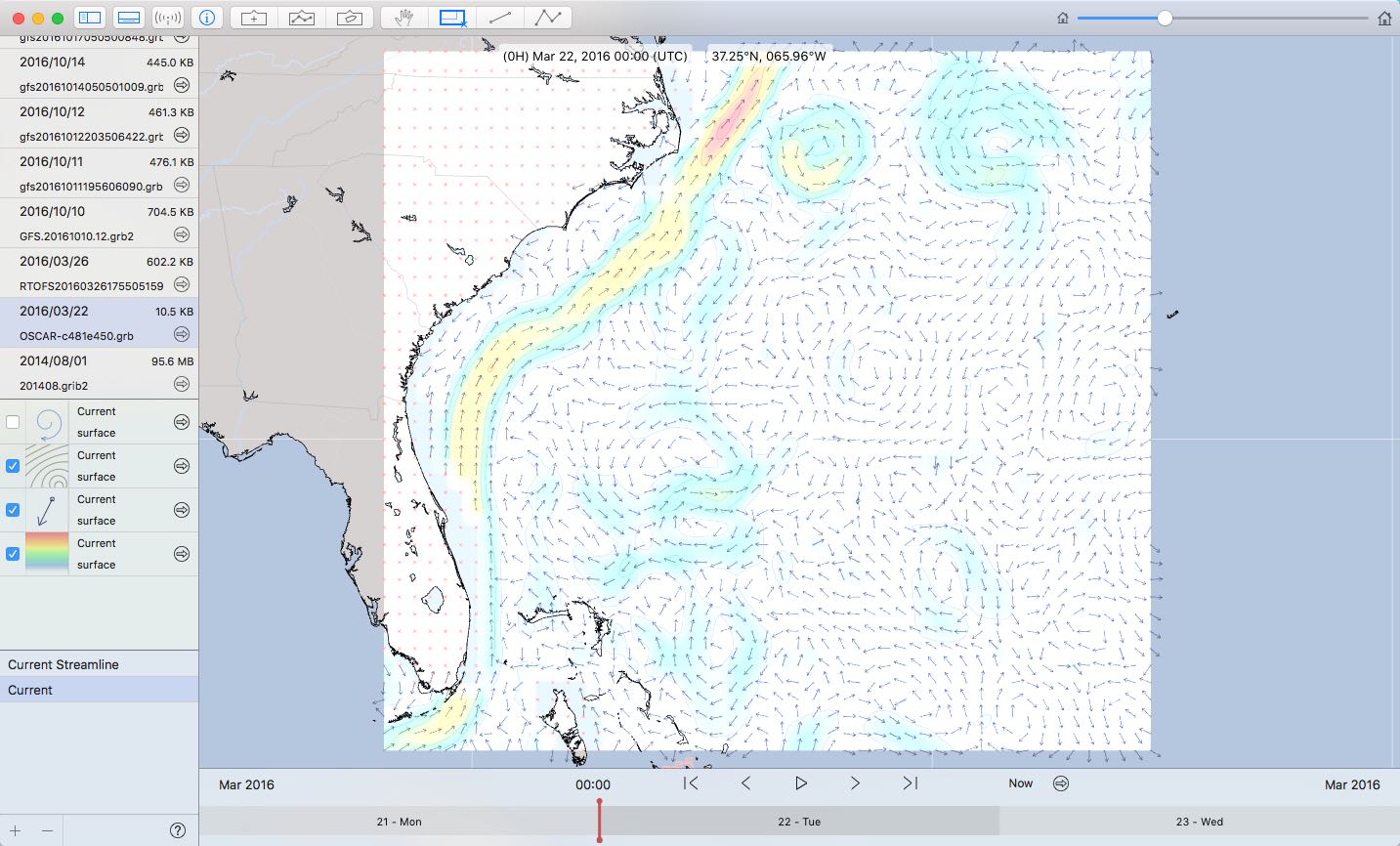 GRIB data from OSCAR model with representation of the Gulf Stream

High-resolution weather model (grid 5 Km) by the University of Athens. The data in GRIB format are available for the Mediterranean, with forecasts up to five days. 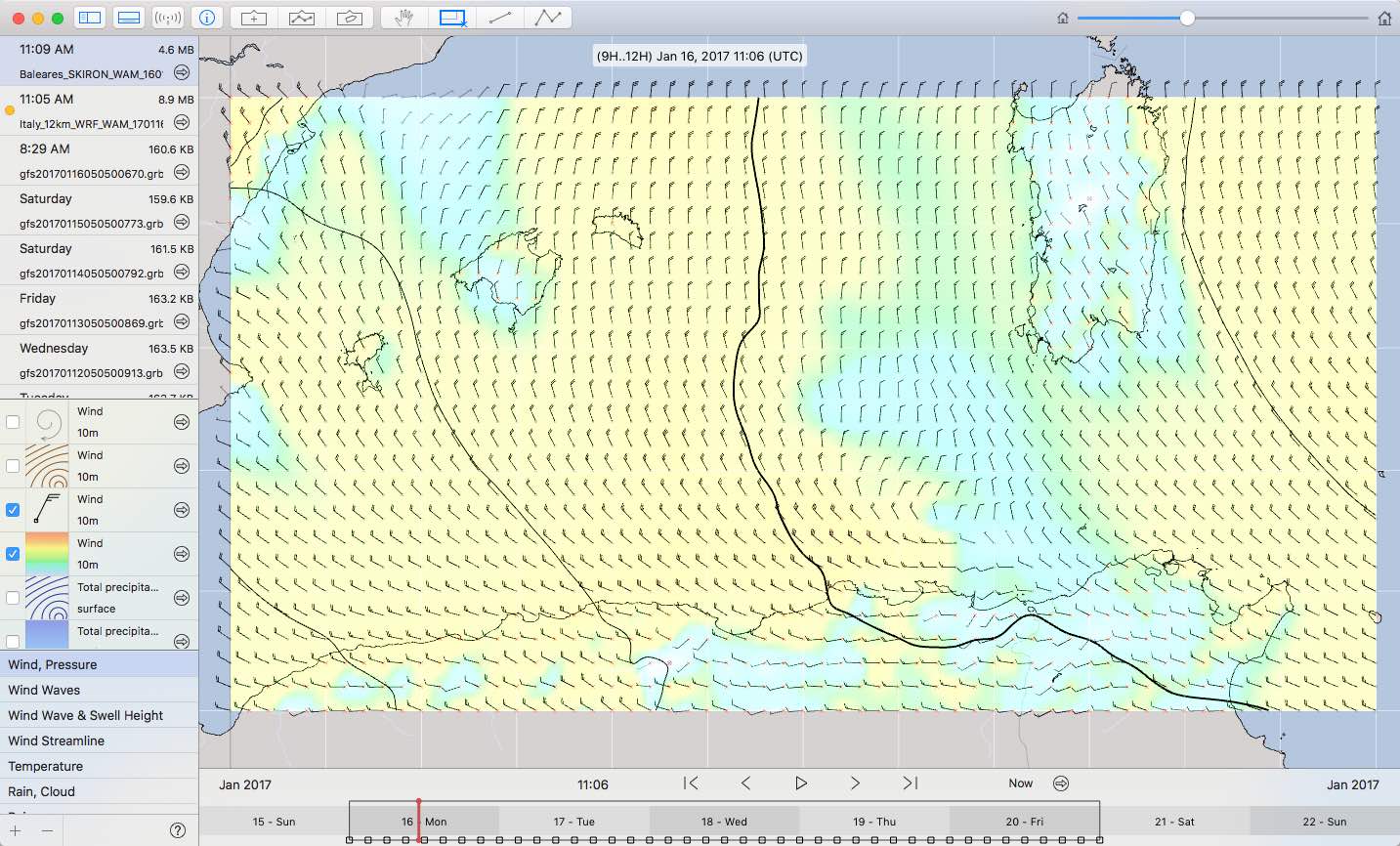 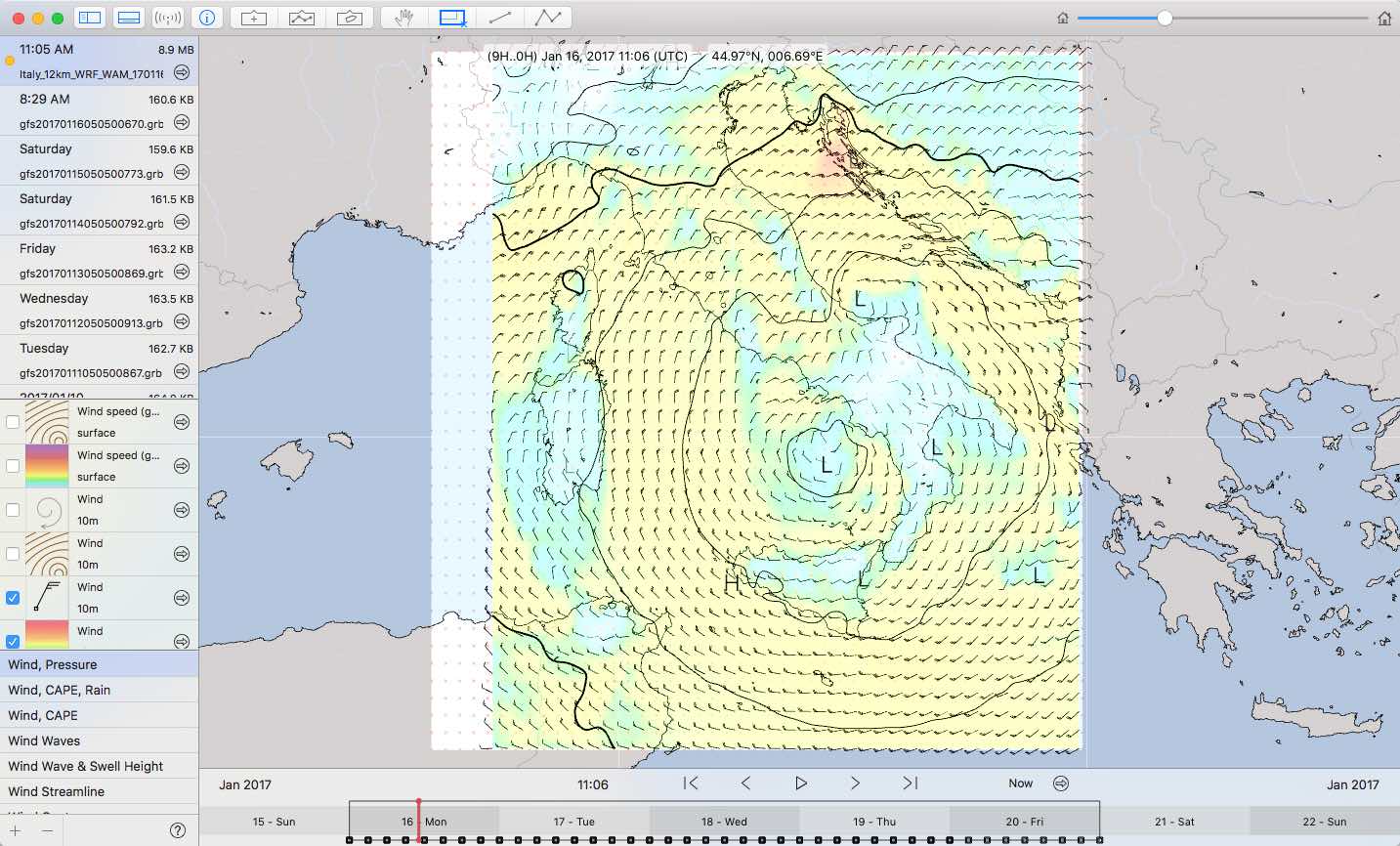 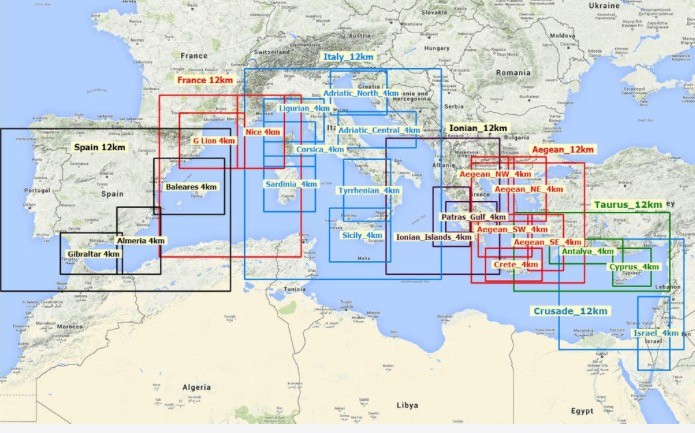 Wave model managed by the American meteorological department. Updated four times a day, with forecast data up to 180 hours. 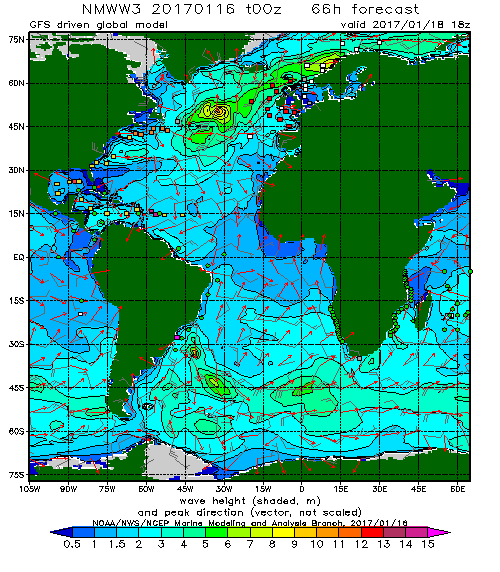 WW3 model data at the link

Where to get weather information in GRIB format?

The data of many of these models are available in GRIB format free of charge. Here are summarized the main sources that can be accessed.

Mailasail offers an interesting service for free access to a variety of weather information. The instructions to access their free services are located at this link

Openskiron covers the entire Mediterranean with useful high-resolution data. GRIB files can be downloaded from the site.

Saildocs provides a service similar to mailasail and allows to access multiple weather information from their archives by sending an email.

For general information on the Saildocs service send a blank email to: info

For information on GRIB files available at Saildocs send a blank email to: grib

Information on available weather models at Saildocs can be received by sending a blank email to: models

link a: Gribfiles (servizi a pagamento)